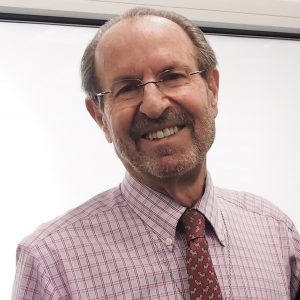 The acronym BFF stands for “best friends forever,” a term used while instant messaging on the computer or sending a text message on cell phones. It’s also been the name of a reality television show, a comedy series, an online game show, and an episode of South Park, but now Dr. Arndt of SkinCare Physicians often refers to it when speaking with patients when discussing options and approaches for a variety of aesthetic treatments. Both his colleagues and he often see people who come in with appearance related concerns. They are interested simply in “looking better” and want information about the various procedures that might reasonably be done. They don’t want to be overdone, just to look refreshed and like they may have appeared in the past.

It’s common to hear the question, “what can I do to improve my appearance, what sort of things are available?” The list of patient concerns is variable, and often includes a desire to decrease or diminish their frown lines or forehead folds so the person doesn’t look angry or upset, or smooth out the surface of the skin and diminish freckling or sun spots, and maybe get a bit of skin tightening; other objectives heard include a wish to round out the contours of their face, which might have become somewhat flatter as they have aged. The occasional person will also point out that their skin has become less taut and they are beginning to develop some loose skin or jowls at the angle of their jaws. In explaining the options and optimal approaches to addressing these problems Dr. Arndt often refers to a new definition of BFF; but what does that stand for?

B stands for Botox

The injection of neuromodulators such as Botox, Dysport, Xeomin or Jeuveau will indeed improve or eliminate the scowl or frown lines or the “elevens,” and improve forehead furrows and smile lines in the crow’s feet area. These lines of expression are caused by the repeated flexing action of the facial muscles, after which the skin initially springs back to a normal smooth shape, but after years of use these lines become deeper and permanent. It has been well shown that individuals who early in life produce facial lines with expression show persistent and permanent lines and grooves in the same pattern at a later age. Diminishing the contractility and movement of facial skin over time lessens this mechanical stress and skin folding and avoids the formation of permanent etched deep lines, and even allows some repair of existing facial lines. A study of over 200 patients from 5 countries who had been treated with neuromodulator injections at least twice yearly over 9 years found that 90% of them looked at least 9 years younger than their actual age. Early use of injection of neuromodulators will not only make one look more calm, less angry and happier, but will prevent the transition to deeper more etched and less reversible changes.

The first F stands for fillers

A good deal of facial volume loss associated with aging is secondary to bone reabsorption and downward displacement of structural fat pads, and begins in the late 20’s to mid -30’s. Dermal fillers or soft issue augmentation agents such as hyaluronic acid, poly L lactic acid and calcium hydroxylapatite, are injected to counter these changes. As well, all of them have been shown to induce new collagen formation post injection. Judicious injection of such fillers into areas such as the nasolabial folds, marionette lines, and at times into the cheeks, not only smooths and rounds out the contours of the face but also helps maintain a youthful appearance. Improvement in facial contour often outlasts the duration of the filler being present, for after the filler has been metabolized and has dissipated, some new connective tissue which it has induced remains in the skin.

The second F stands for Fraxel

Fraxel is a trade name for a brand of fractional laser resurfacing machines which are utilized to diminish photodamage, fine facial lines and facial pigmentation. These non-invasive laser treatments are well tolerated, induce some fresh skin cells to grow, and also stimulate new collagen formation. It has been shown that laser and other light treatments not only affect and improve the skin’s appearance but likely reverse skin aging at molecular, histological, and clinical levels.

In our experience, a combination approach using all modalities is the optimal and most effective way to induce some rejuvenation and start prejuvenation. Neuromodulators, fillers, and energy based sources each address different aspects of facial aging. Each treatment works in a different way and affects different aspects of chronologic aging and photodamage. The effects are not only additive but synergistic. This is supported by a recent study of 73 patients who underwent a combination of non-invasive cosmetic procedures over an average of 11 years and had their age estimated at the beginning of the study and after treatments. All patients responded in a positive fashion, and among high responders, patients were estimated to be younger in age than they were at the start of the study 10 years previously!
So when is the best time to start? There is no right answer, but by definition these treatments are best initiated at the first sign of aging. How should this be done? By using the BFF approach, the combination use of neurotoxins, fillers, and fractional laser or other light treatments as indicated, can bring about amazing improvement in appearance and keep it that way or improve it for the indefinite future.