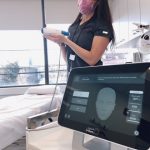 Fractional laser skin resurfacing, best known as Fraxel, revolutionized laser skin rejuvenation some 10 years ago. A few years later the company that brought us Fraxel made an adorable, gentle, smaller, version of the Fraxel called the Clear + Brilliant. Two separate wavelengths of light were produced to smooth the overall skin texture of the face, improve brightness and even out the skin color. The device became one of the most popular and effective facial procedures of our aesthetician practice. The folks that brought us the Clear + Brilliant completely redesigned and re-engineered the device this year. What’s new with … Continue reading »

The CoolSculpting journey at SkinCare Physicians 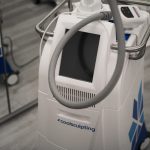 From guiding the research on the original device to performing nearly 10,000 treatments over the past 10 years. SkinCare Physicians’ dermatologists have been at the forefront of the most exciting development in noninvasive body contouring. Invented in Boston in the Department of Dermatology at Harvard Medical School, CoolSculpting- using cold to selectively eliminate unwanted fat- was pioneered at SkinCare Physicians where the national FDA approval trials were directed and performed. And since its approval, our physicians have continuously been involved in perfecting the technique. Ten years later, nearly 10,000 treatments have been performed at SkinCare Physicians by our expert nursing … Continue reading » 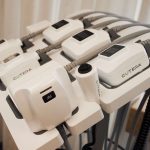 Close to 10 years ago CoolSculpting by Zeltiq revolutionized our approach to body contouring, using a controlled form of cooling to selectively and permanently reduce unwanted areas of local fat. Today, truSculpt iD by Cutera adds a new non-surgical fat reduction procedure to our dermatologists’ toolbox. truSculpt iD is an innovative technique, recently approved by the FDA, that uses radiofrequency to permanently reduce fat. Instead of the selective cold fat damage produced by CoolSculpting, the radiofrequency used by truSculpt iD converts to heat, permanently melting fat in localized areas. Here are the main benefits of the procedure: Tailored: Because of … Continue reading »

PRP – An exciting new approach to the treatment of hair loss 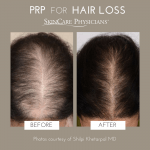 Treating hair loss has been a challenge for decades. The condition is even more devastating for women who routinely asked about treating their hair thinning conditions. There is a real lack of effective therapies for men and women with pattern hair loss. Topical Rogaine (minoxidil) is only of limited help, and while taking oral Propecia (finasteride) helps to regrow hair in men it is ineffective in women. Hair transplantation is effective, but can be an expensive, surgical grafting procedure. Fortunately, the board-certified dermatologists at SkinCare Physicians have a new technique called PRP (platelet rich plasma), which is changing the way … Continue reading »

Exciting new approach to the treatment of upper lip lines 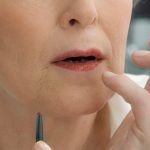 Skin changes related to aging include sagging, discoloration, lack of glow and luster, and wrinkling. While some wrinkles are tolerable, vertical lip lines drive some women to distraction. These lines often remind them of their childhood when their grandmothers or great aunts’ red lipstick bled into the upper lip lines. Now they look in the mirror and see these same lines. At SkinCare Physicians, our cosmetic dermatologists have developed a comprehensive approach to improving these lip lines, including a new component to perfect the results. SkinCare Physicians’ new upper lip lines treatment Our approach includes using neuromodulators such as Botox … Continue reading »

Is laser hair removal for you? 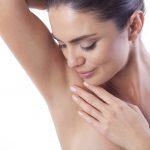 It’s hard to believe that just over 15 years ago there was no such thing as laser hair removal. Now lasers and light sources are used the world over to permanently remove hair with little discomfort and little effort. Developed by Harvard dermatologists, this technique has revolutionized hair removal. While the effectiveness and safety of laser hair removal devices are no longer in question, results and patients’ satisfaction depend on several factors. Brown/black hair vs. blonde/white hair Laser hair removal is effective in most individuals regardless of the color of their skin. However, brown and black hair can be permanently … Continue reading » 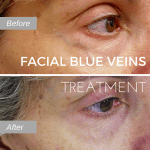 Facial blue veins, frequently found around the eyes and on the forehead, are a common cosmetic concern that most individuals don’t realize can be treated. In fact SkinCare Physicians’ dermatologists can easily clear these blood vessels with little discomfort and virtually no side effects in a matter of 3 straightforward treatments. The treatments are performed with a long pulsed Nd:YAG laser which targets the blood in the vessels causing them to collapse. Over a few weeks the vessels shrivel up and disappear. Three treatments, performed every 6 to 8 weeks, are usually necessary to ensure that the vessels go away … Continue reading » 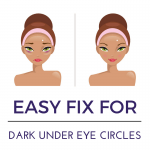 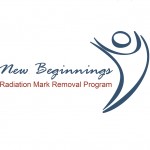 SkinCare Physicians is delighted to be involved in the New Beginnings Radiation Mark Removal Program. While he was president of the American Society for Lasers in Medicine and Surgery (ASLMS), SkinCare Physicians’ Dr. Jeffrey Dover and his colleagues on the society board initiated the New Beginnings Radiation Mark Removal Program, a national philanthropic campaign offering free radiation mark (tattoo) removal for cancer patients. Cancer patients undergoing radiation treatments are usually “marked” with 2-3 small tattoo marks on the skin. The marking ensures that the radiation therapist positions the radiotherapy machine in the exact same location each time. The skin marks are … Continue reading »

What’s not to like about CoolSculpting’s double chin treatment, CoolMini 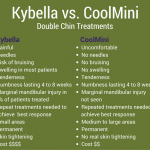 Until recently the only approach to treat what is medically known as submental fat, or more commonly referred to as a double chin, was surgical with liposuction and or a neck/facelift. Earlier this year, our Boston dermatologists announced one of the most exciting developments in cosmetic surgery: the FDA approval of Kybella for the treatment of full neck and submental fullness. Remarkably, another highly effective, completely non-surgical approach to treating the double chin, the CoolMini device by CoolSculpting, was just approved by the FDA in late September 2015. The CoolMini is the most advanced non-invasive fat reduction treatment dedicated for … Continue reading »